Following a recent announcement by World Rugby, England has been named as the host location for the Women’s Rugby World Cup in 2025.

The 2025 Rugby World Cup will be the first time that the tournament will be made up of 16 teams, growing from 12. The global sporting event will facilitate great opportunities for people living in different parts of the country to attend and enhance participation in the sport nationwide.

With matches being staged at venues across the country, the RFU and host partners World Rugby aim to use the tournament to improve facilities, recruit more female coaches and referees, and boost participation and fan numbers.

“We want to use the 2025 World Cup as a catalyst to inspire more women and girls to get active and enjoy the benefits of competitive sport. The Red Roses are top of the world rankings and grassroots participation is booming. We’re investing £30 million in a major sporting events package over the next three years to help us achieve our aim.”

The RFU has also announced plans to fill Twickenham Stadium, the home of England Rugby with a capacity of 82,000 fans, for the final of the 2025 Women’s World Cup.

A recent study by Sheffield Hallam University’s Sport Industry Research Centre (SIRC) demonstrated that hosting the event could boost the economy in England by £64m, benefitting local economies of host venues around the country through job creation and international tourism.

Since hosting the RWC in 2010 and winning the tournament in 2014, women’s rugby has grown exponentially in England. After winning their fourth consecutive Six Nations title, England’s 15-a-side team is now the No. 1 ranked team in the world.

Female participation in the sport of Rugby Union has reportedly grown from 13,000 to 40,000 registered players in clubs, with a growing pipeline of girls playing in schools, colleges, and universities.

At the university level, rugby is already played on a wide scale. During the 2021/2022 academic year, more than 130 women’s rugby union sides were entered into league competitions.

Alongside weekly university fixtures, rugby players at U.K. universities also have the opportunity to link up with local clubs to experience rugby at the club level. 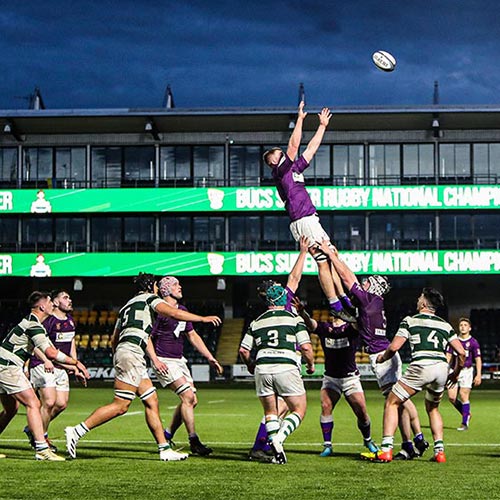 Read all about this year’s BUCS Super Rugby and Women’s National League Finals.