Another week has flown by in the world of UK University sport!

There were more medals and more champions this week as the first of three rowing championship events this season took place. The Indoor Rowing Championships were held across nine different UK universities as rowers of all ability levels competed for the first rowing medals of the year.

A number of sports teams took a short break from the usual midweek league fixtures to compete in various Conference knockout competitions. Early rounds from Cup, Trophy, and Shield tournaments were contested as university teams all over the country tried to reach the next round.

Below, we look at which universities came out on top in the Indoor Rowing Series and Ultimate Regionals, as well as an overview of the latest rounds of conference tournament action.

The University Indoor & Adaptive Rowing Series (UIARS) was the opening rowing event of the season. 10 mini-events of the competition were held across different parts of the UK, with over 70 universities taking part in the competition.

The multi-discipline event is held every November and is an opportunity for rowing clubs across the UK to compete outside the water season during the winter months. The event this year was a great success with over 200 rowers competing in the four events available.

Competitors put everything on the line to secure the first BUCS points of the season in the 2km, Lightweight 2km, Beginner 1km, and Adaptive 1km time trials.

Eight winners were crowned at the end of the competition over the weekend, representing six different universities earning a gold medal. 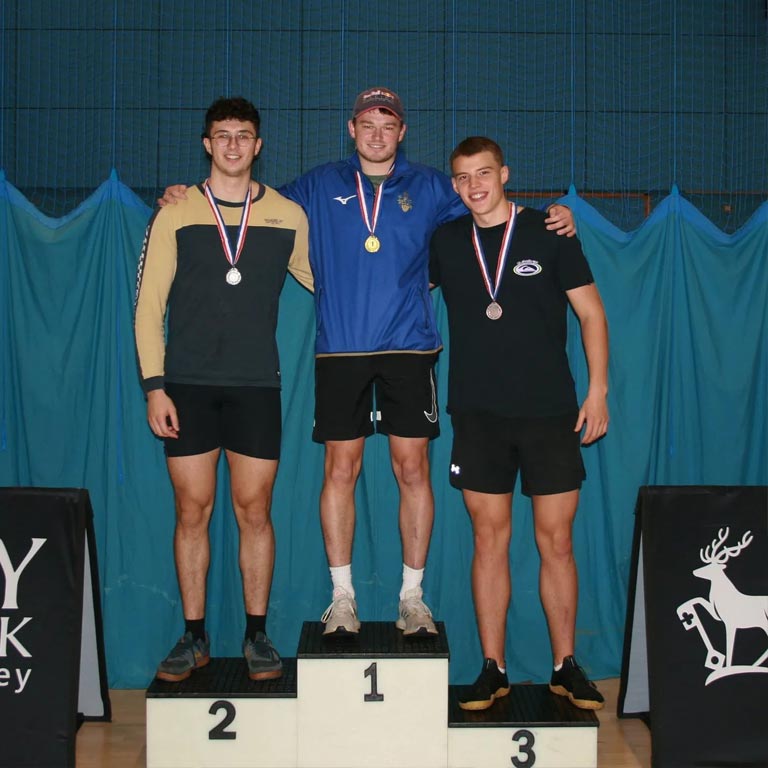 Above: Jack Heylen (University of Surrey) stands at the top of the Men’s Beginner Podium after the Surrey Institution heat.

The Ultimate season got underway two weeks ago, with 10 men’s leagues and five women’s leagues contesting in league action. After completing matchday two in their league season the men’s holding a regional competition this past weekend.

Above: Mixed teams from the weekend’s action at the Yorkshire & East Midlands Regionals including the winners Sheffield Ultimate.

The Indoor Regionals are contested over one weekend with the winner taking home the maximum BUCS points available and lifting the trophy.

21 university teams from nine different universities took part in the Yorkshire & East Midlands Regional competition, with the University of Sheffield 1st team coming out on top over the likes of Loughborough, Leeds, and Nottingham universities.

Learn more about Ultimate at the UK university level here.

In Football, both men’s and women’s teams across the country battled it out to get through to the Third Round of the Conference Cup and Trophy. Hundreds of players all left it out on the pitch as only the strongest on the day progressed. The Third Round is set to take place next week. Over 70 men’s and women’s tennis teams also competed in the opening rounds of the Conference Cup and Trophy.

The first round of the men’s rugby Conference Cup was contested last week as over 80 teams participated competing for a place in the Second Round.

Find out more about the different BUCS competitions that students are able to compete in alongside their studies here.