English Universities Sport provides representative opportunities in a wide range of sports, though the EUS Netball team was the first to announce their squads and begin competitive action.

The season-opening trip to Scotland proved to be a successful start to the season for the English University All-Star team, as they secured two victories, beating the Scotland U21 (55-38) and the Scotland U19 (71-41).

After a successful start to the season, we spoke with Head Netball Coach, Louisa Jayne Walker about the EUS experience and how international students can get involved.

SSC: For those who are unaware, what is English University Sport and in particular, EUS Netball?

Coach Louisa: “English Universities Sport gives athletes that are studying at university in the UK to have the opportunity to do representative sport. In terms of netball, we pick a squad of 15 from national-level trials, and then it’s season-long programmes. So, it starts in November each year and goes through to May/June – and if we have a home nations tournament it could run through until July.

It’s an opportunity to come together with a group of very talented national-level athletes and to push each other, learn from each other, and play fixtures against other national representative teams. For example, we play against Wales Under 21’s & Under 19’s, the England Roses Academy, Scotland Under 21’s & Under 19’s, and also the Association of English Colleges squad as well.” 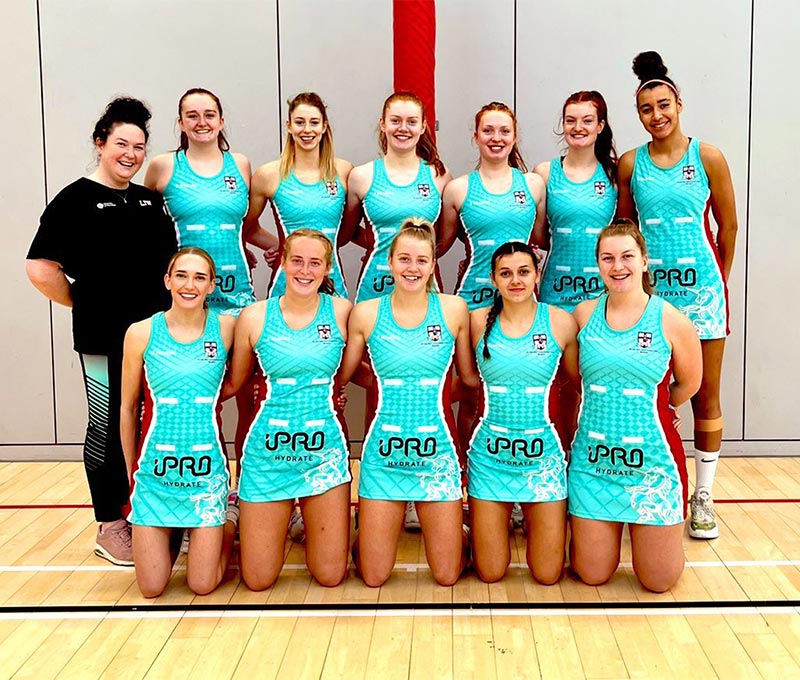 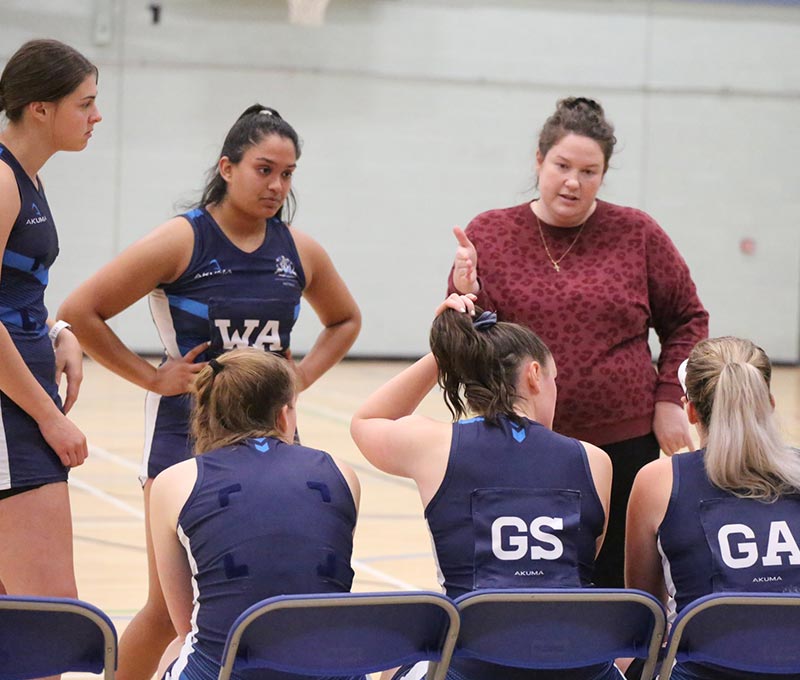 SSC: With the season running from around November to May (potentially longer with tournaments) what sorts of opportunities can players expect between their training and throughout the entire year? What would be the expectations of the players?

Coach Louisa: “The first opportunity is in the National Trials themselves because, in terms of netball, it’s not often you get invited to a National Trial. So that is a great chance to see other players your age, who are also dealing with their university studies and external pressures that might also be involved in netball’s National Performance League (NPL) but aren’t at an England Roses academy level.

It fits that group of athletes that aren’t quite Super League contracted players yet but are very strong players within their own region. It’s a chance to measure themselves up on how they do against their peers and following that, if selected, we have weekends. So we come together on a weekend once a month and we try to spread it evenly throughout the year, being aware of academic pressure etc.

The other reason for doing it on the weekends is the majority of players are involved in the National Premier League and they play on Sundays. We come together on a Friday and a Saturday as well. The weekends tend to fit the format of team building on Friday, a chance to eat together and get to know each other, learn a bit about each other, and our own individual stories and histories. Then a training [session] together, where we can put into place our team tactics, how we are going to highlight each individual’s strengths and skills, and how we are going to approach the setup match play.

Normally there are two matches within that weekend that run on a Saturday afternoon, so that is plenty of quarters of netball with a squad of 15 we record those games so we can analyse how we perform.

Even more importantly, the athletes can then use those performances to put together their highlight reel if they are considering taking that next step and approaching Super League clubs for possible training contracts.”

SSC: That’s fantastic! So the athletes get something out of it longer term, not just the honour of being called up but actually having something to come away with.

Coach Louisa: “Yeah absolutely! It’s about making sure players have grabbed all the available opportunities to perform at a representative level so that they can create that highlight reel, and start approaching the Super League clubs about training and contracts etc.

We have even invited coaches to come and watch them play for English Universities Sport, so they can see how they perform at the National level. We also have a couple of students who, from the fixtures against the other home nations, have found out that they are eligible for these home nations and it has been a starting point for them to develop a relationship with the opposition coach.” 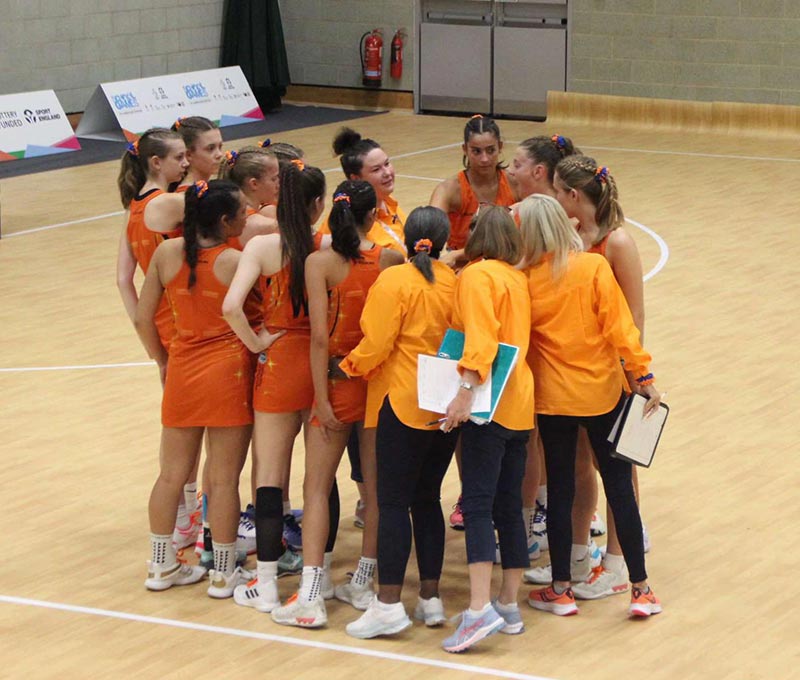 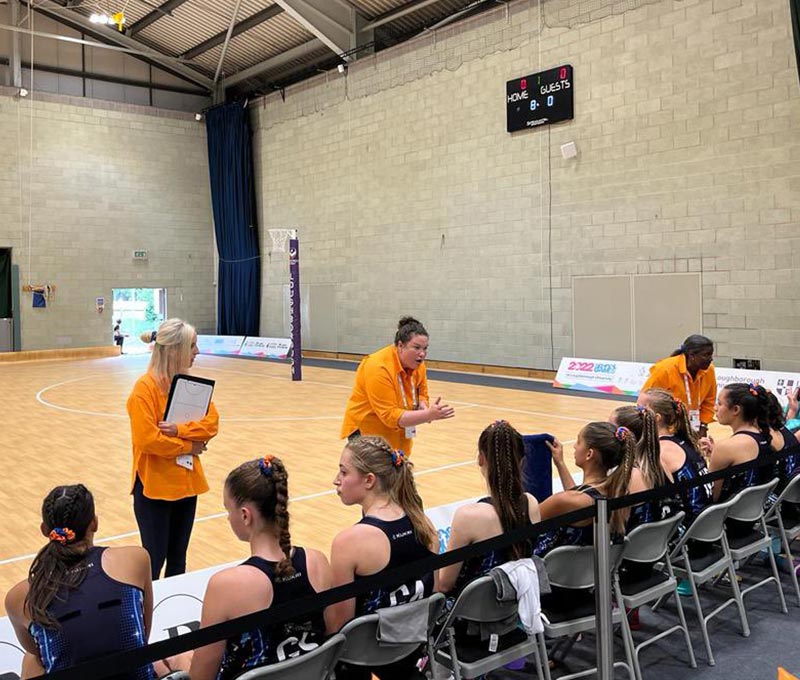 SSC: From an international player’s perspective, how would a student who has just arrived in the UK and has aspirations of playing high-level Netball go about getting selected? Would their coach have to put them forward for the initial trials? Or is the opportunity something they could potentially enquire about themselves?

Coach Louisa: “The first thing is following the English Universities Sport’s Twitter, Instagram and social media because that is where the information gets put out when the nominations are open. You do not have to be playing at a certain level or already have to have been selected for various programmes in order to put a nomination forward. We’re quite open because you might be arriving in the UK for the first time so you are not already in a junior team or club side etcetera.

All we ask is to be made aware of when you put the nomination in for the contact details of the BUCS Sports Administrator for that university, so that we can let the university know if you are successful. We can then arrange the support you are going to need as part of the program with the Sports Administrator.”

SSC: As a coach, you are the University of Worcester Heach Coach as well, what made you want to be a part of the English Universities Sport Netball program in addition to the responsibilities you have with your university?

Coach Louisa: “You might say I’m biased, but every year the English Universities Sport Netball team that is selected is an incredible team! I mean seriously talented individuals. Every year I’m just so excited to coach, to get to be with them, to get to learn from them, and see how they improve from being around each other. All this as well as being exposed to a netball program that maybe doesn’t have the pressures that they feel in NPL league.

We’re not keeping a win/loss, it’s great to win but it’s not the aim of our program. We are not trying to be promoted into a different division, we’re not facing relegation from anything, it’s not that type of pressure environment where there is a next step that you have to make and have to achieve. It is the chance to play with a certain level of freedom once they are selected.

We always say to players, we’re not going to be slowing you down, we want to see how fast you can go, how quickly can you let the ball go, what is your range, how much can you fly out and intercept, all without having to worry about what happens afterward.”

For me, as a coach, it’s a chance to try some things that I wouldn’t normally do. So try new tactics, zonal set-ups, or some attacking tactics that are a little bit more ‘high risk’ in strategy. But it’s a great place to do it and push those boundaries with each other. That’s one of the reasons I do it, the other reason is you get to be part of some amazing journeys, and you get to coach some players that you know you’re going to be talking about in five years’ time. For example we have players that are currently playing with the Scottish Thistles, and we have alumni in the England Roses team. So you’re going to be talking about these names for years to come.

It’s great to be a part of that journey and netball is a small circuit, it’s lovely. When I am coaching for Worcester, even when we’ve lost against a team but it features some of our EUS players, it’s a little bit easier to take. It’s always great to see them and have a chat and see how they’re getting on with both their studies as well as their netball.

Coach Louisa: “It was a super exciting start of the season. We had a couple of injuries going into that weekend and it’s our first weekend together so there are always nerves. But I was really happy with the outcomes in terms of team building and the two wins, which always makes team building a little bit easier!

Next, we have December fixtures against the England Roses Academy, which is really challenging for us. They are the most talented Netballers in the country and our players will want to prove what they are capable of. Many of them know each other, both players and coaches, so they want to show what they can do.

After Christmas, we have weekends down in Cardiff where we play Wales Under 21 Squad, which is always a fantastic weekend. Cardiff is a great city and it’s always great netball too.

Coming through into March, we play the Association of English Colleges representative team. That’s exciting as with them being under 18, they are very young and it’s getting to see the next generation coming through. I always think of the players competing, who am I going to see in the English Universities Sport team next year, so that is a great weekend of netball. 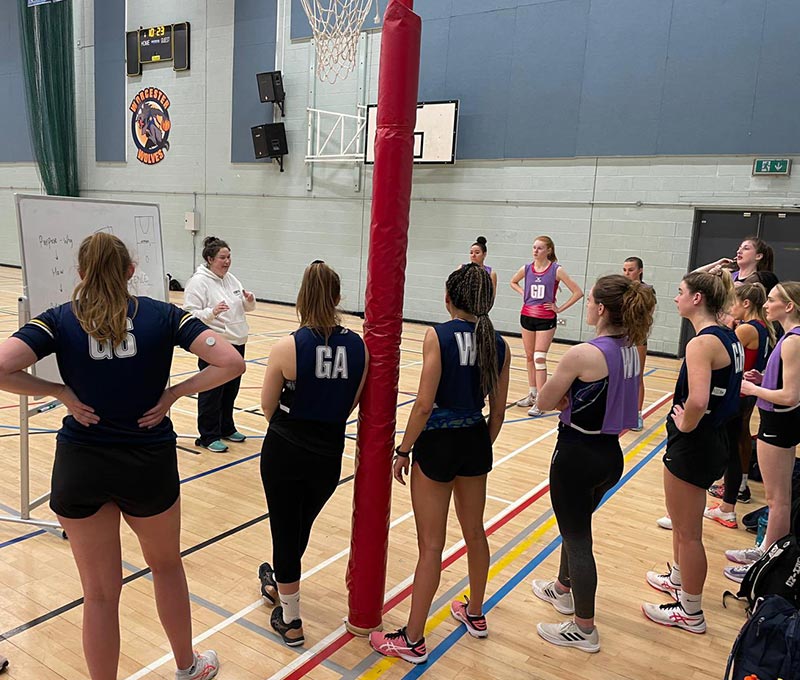 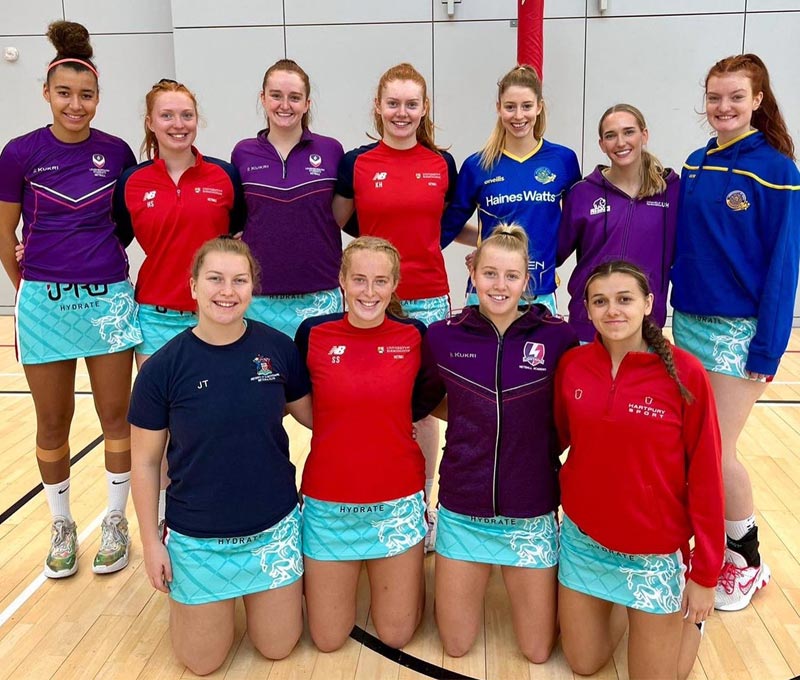 SSC: That’s a great schedule with a lot of great opportunities to go alongside what players already have within BUCS and with their clubs as well.

Coach Louisa: “Yeah and we try really hard to manage that because we know every netballer will be playing BUCS on a Wednesday, they’ll be playing their NPL for their franchise and that could be a Saturday and then they’ll play their National Premier League for their club on the Sunday and training for all three of those teams as well.

This is why we have those focus weekends to make sure we can still provide new opportunities and not repeat what they’re already getting. To provide them with something new that’s not too onerous in terms of time and energy when they’re trying to study and do all these other things as well.”

SSC: Is there anything you would like a player who is perhaps going to be reading this in the future to take away from anything they didn’t know about EUS or EUS Netball, anything you think someone should know?

Coach Louisa: “I would definitely say it’s an opportunity to be seen by new coaches. Every sport, man or woman, experiences hiccups along the journey in elite sport and might have some experiences where they feel they were overlooked or not seen.

This is that chance to be seen by new people and fresh eyes, so we don’t go on what happened before. We’re just looking for a little bit of talent and as I say, the chance to give it a go and be with people who love netball and who give so much of their time and energy towards the sport.

Get involved if possible!”

Those selected to represent EUS Netball this season are:

At universities throughout the U.K. you will find multiple netball teams, allowing players of all ability levels, experience, and levels of study the opportunity to compete.

Whether you have aspirations of playing professional netball or simply wish to try the sport for the first team, we can help find the right university for you!

Learn more about UK university netball via the link below.