What a week of sport it has been for UK universities!

The 2022/23 BUCS Short Course Championships took place in Sheffield at the Ponds Forge International Sports Centre, a world-class venue for swimming and many other UK university sporting events. With an Olympic-sized pool and seating for over 2,500 spectators, Ponds Forge was the perfect location for students, fans, and university staff to enjoy three days of high-performance swimming.

The action continued outside the pool as the University of Nottingham hosted this year’s Table Tennis Championships. The two-day event, which featured individual and doubles competitions, saw players and teams compete from over 50 universities around the UK.

In our latest update, we bring you all the results from Championships events that have taken place in the last seven days as well as an update on the recent English Universities Sport Netball fixtures.

The first swimming event on the UK university sport calendar is officially in the books as over 1,500 students from universities across the country travelled to Sheffield to compete in this year’s BUCS Short Course Championships.

A staggering 8 records were broken during this year’s event as swimmers raced in a variety of disciplines including freestyle, backstroke, breaststroke, butterfly, and medley.

Find out the winner of every race from this year’s Championships including which UK University was crowned Overall Champion in our previous blog via the link below. 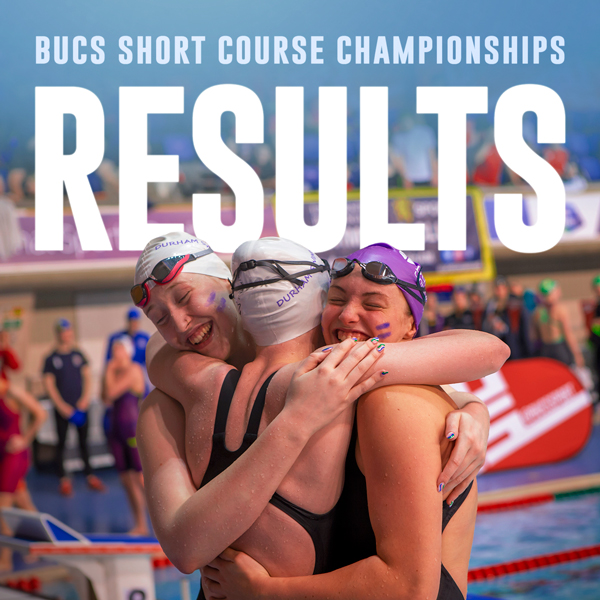 The 2022/23 Table Tennis Championships were contested over two days as men’s and women’s players competed in Singles, Doubles, and Mixed Doubles tournaments.

With a record 380 students and over 50 UK universities being represented in this year’s event, the sport continues to grow at the UK university level.

Held at the University of Nottingham’s, David Ross Sports Village, it was the hosts who dominated this year’s Championships as they claimed all five titles on home soil.

The BUCS Tennis Doubles Championships took place at The Shrewsbury Club in Shropshire at the weekend and featured some of the most talented university doubles pairs in the U.K. 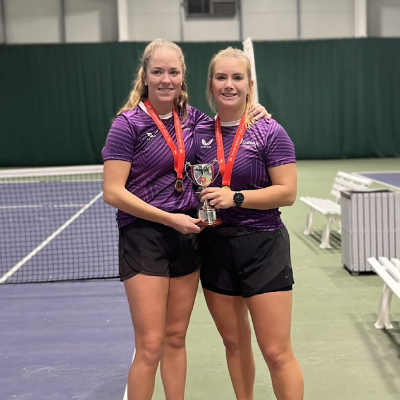 It was Camille Townsend and Shura Poppe of Durham University who secured the Women’s Doubles Championships title as they defeated Freya Davies and Orla Cooper of the University of Bath. 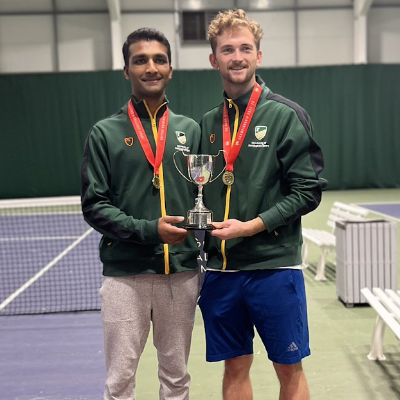 The University of Nottingham’s Tom Hands and Caleb Chakravarthi claimed gold in the Men’s Doubles Final.

EUS provides performance pathways for university students across a range of sports. Their representative teams often test themselves against a variety of professional and amateur clubs, and provide opportunities for students to experience high-level sport outside of UK university competition.

On Saturday (19th), the EUS Netball side recorded convincing wins against both Scottish Thistles U21s and U19s teams.

Read more about our partnership with English Universities Sport here. 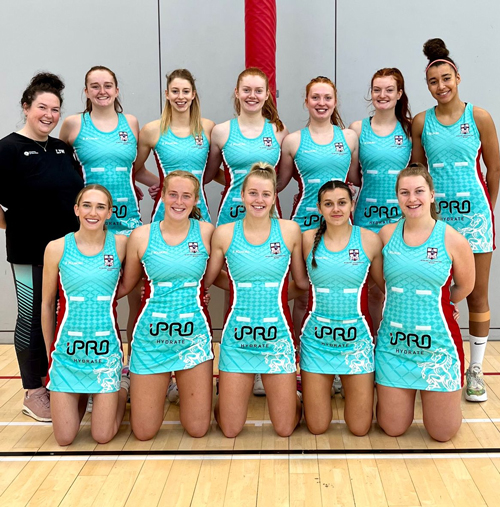 The 2022/23 BUCS Duathlon took place at Castle Combe Circuit in Wiltshire. A Duathlon; which comprises of two disciplines, running and cycling is often competed by triathletes due to the nature of the run-bike-run format.

Above: Daniel Coy (Cardiff) secured the Men’s Title after completing the course in 55:06.2, while Phoebe Barker (Cambridge) secured the Women’s Gold with a time of 1:03:25.9.