Find out more about the opportunities available to students that wish to pursue shooting alongside their studies.

In fact, the earliest shooting match on record took place in Bavaria, in 1477. Long-range shooting even became so popular in the UK during the 1800s that at the first prize meeting of the National Rifle Association, Queen Victoria fired the first shot.

The UK’s rich history of shooting clubs and its picturesque landscapes make it an ideal location for students to pursue their shooting ambitions.

We look at the shooting sports which are available at the UK university level, as well as the various shooting events that students can compete in alongside their studies.

What shooting sports are available?

Students can join both Clay Pigeon Shooting and Rifle Shooting clubs whilst studying at a UK university.

Both sports have teams from across the country who compete throughout the year in different competitions which are open to all levels of ability. 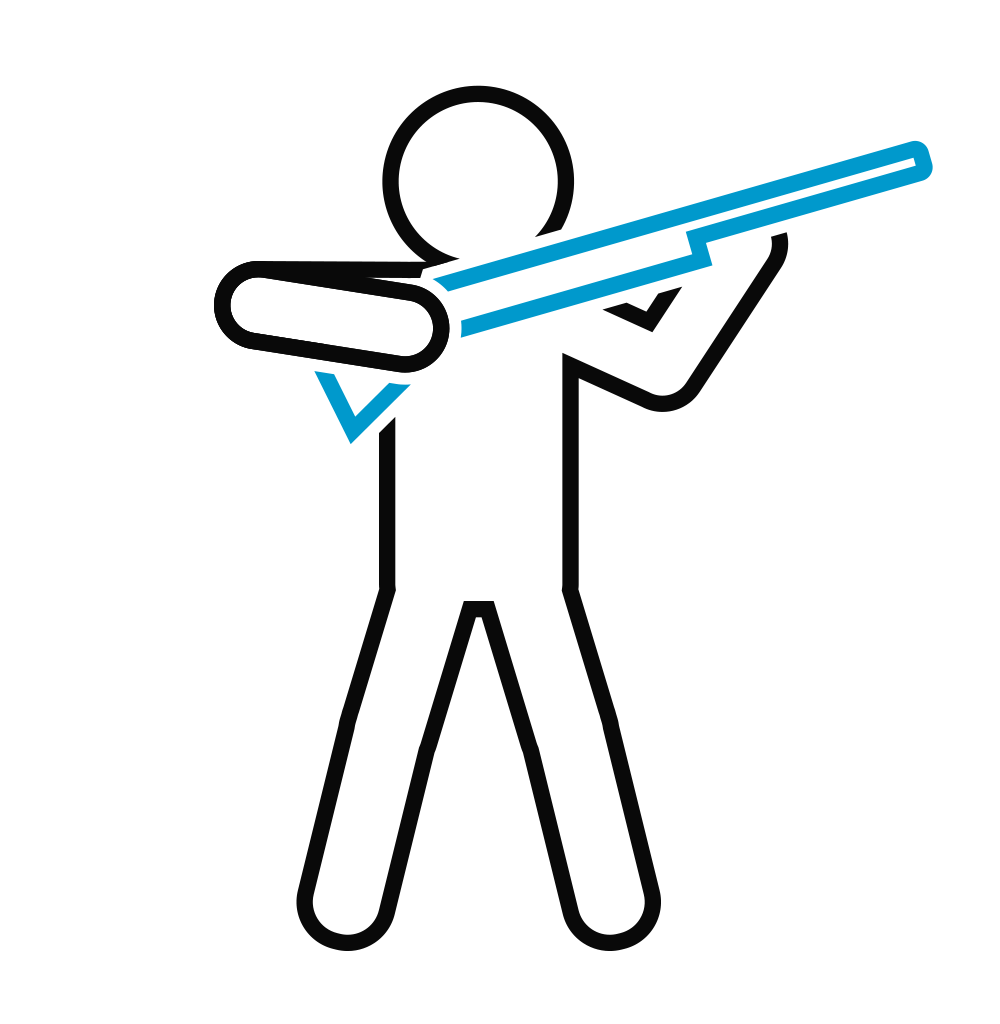 Clay Pigeon shooting is the act of shooting a firearm at flying clay projectiles that are either airborne or along the ground. The more you hit the higher the points you receive.

Teams compete in inter-university fixtures across the country and shooters even have an opportunity to be crowned National Champion at the annual BUCS Clay Pigeon Championships.

The Clay Pigeon Shooting Championships is the only annual shooting event for the sport.

Held during the winter months, over 200 shooters regularly compete at the event which includes both Men’s and Women’s Individual titles.

Whether you’re an experienced shooter looking to compete at the highest level or new to the sport, there are a number of opportunities for shooters to get involved with Clay Pigeon shooting whilst studying at a UK university.

Rifle shooting is the activity of firing at a target from a standing or a prone position from a variety of distances. At the UK university level, there are three disciplines in which students can compete; Short Range, Long Range, and Full Bore.

U.K. university clubs tend to shoot weekly at local shooting grounds or ranges in the evenings and compete in various competitions throughout the year, including the annual BUCS Rifle Championship events below.

Each university team in the competition is placed into Divisions, where they will each play five matches to qualify for the Team Championship Finals, which are contested across two rounds in the Spring. The final rounds of the Individual events often take place in April.

An annual one-day competition that is usually held in late April. The Long Range Championships refers to shooting distances from 100-300 yards.

In previous years, competitors have been tasked with firing 40 shots at 50 meters, and 40 shots at 100 yards over 2 x 20-minute details.

Full Bore refers to shooting distances from 300-1000 yards in the prone position. The multi-day event usually takes place in the summer when shooters will use a Full Bore Target Rifle.

Rifle clubs throughout the U.K. are very inclusive and welcome student-athletes of all genders, abilities, and levels of experience.

Why pursue a shooting sport at university?

There are many physical, mental, and social benefits to taking up shooting sports. Increased strength, stamina, balance, hand/eye coordination, and fine motor skills are just some of the many ways in which shooting sports can benefit you.

Shooting is also one of the most easily adaptable sports, with alterations of equipment easily made to accommodate all. Target shooting is incredibly accessible, with UK university shooting clubs catering to all levels of ability.

How we can help you compete alongside your studies

Although not as common as most university sports, there are a number of opportunities for students who wish to shoot either competitively or socially with their university.

Shooting as a sport is incredibly adaptable, with alterations of equipment easily made to accommodate all. University shooting clubs are also very inclusive and welcome students of all genders, abilities, and levels of experience.

Register your details for our free service via the link below.